Of Course He Doesn't

Someone recently got another of his serial 10 minutes of fame organizing a Renoir protest at the Boston Museum of Fine Arts.  It was a nothing event except that it has given Ciwt an excuse to revisit Pierre-Auguste Renoir. 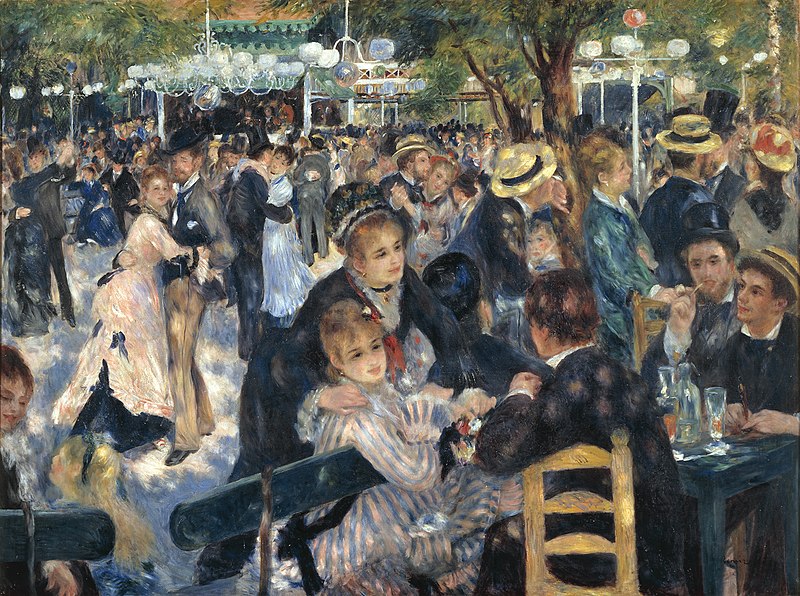 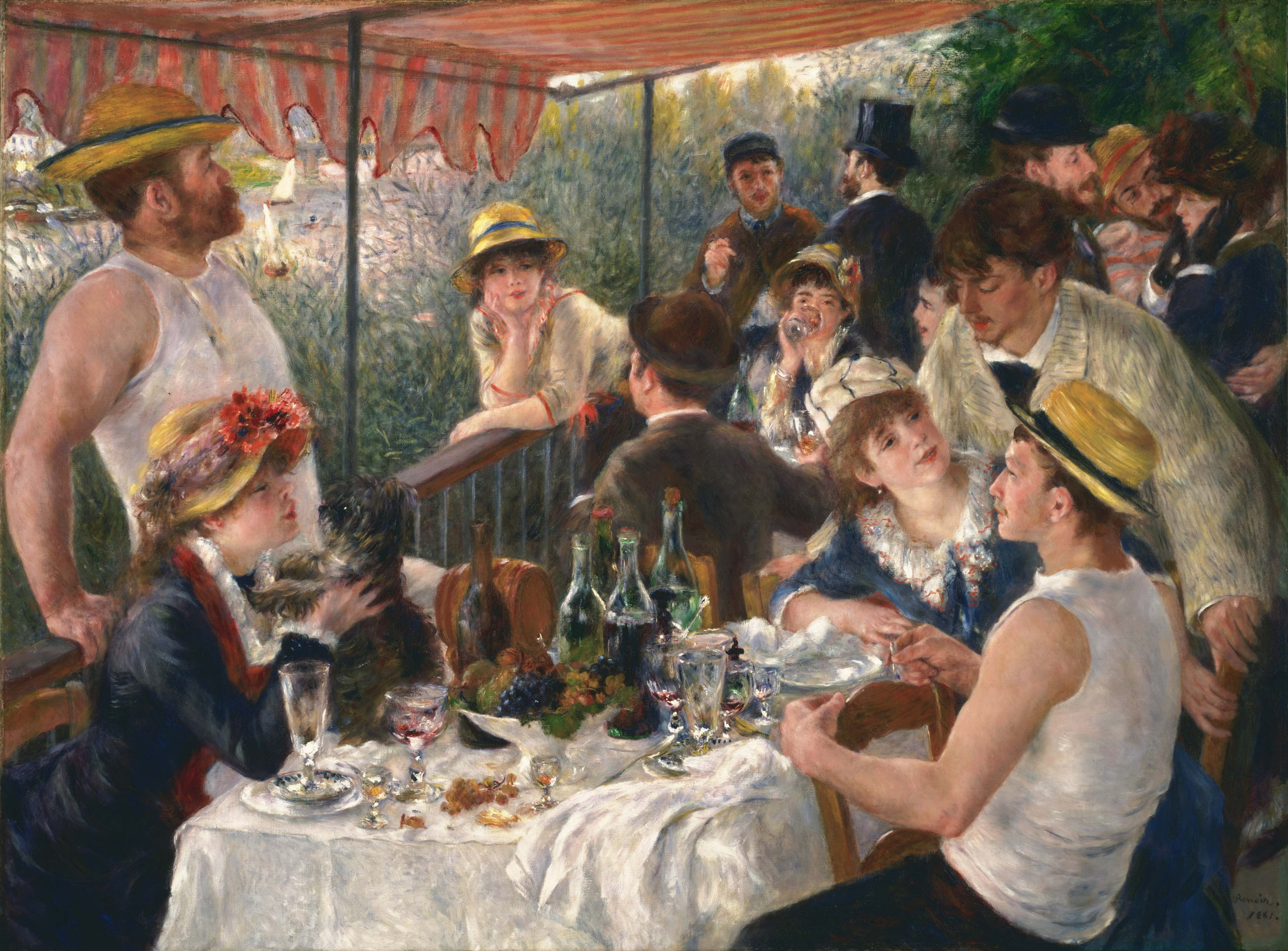 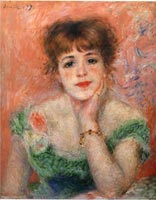 To Ciwt's mind any artist who painted these happily colorful, warm, joyfully festive and loving canvases has earned a high place in the history of art.  Because of these works and others which warm her heart every time she encounters them - even in pictures - Ciwt is a fan of Impressionist Pierre-Auguste Renoir.

But Renoir has many strong detractors who see his work as too sentimental, too pretty, purely decorative.  Or as one Renoir hater in Boston recently put it: The food equivalent of Renoir is a Twinkie.  Fluffy, empty calories that are way too sweet and ultimately bad for you.  Twinkies do not belong in our fine art museum.

Certainly Ciwt disagrees with the "Renoir Sucks at Painting" crowd about the works of Renoir's early maturity. These are the paintings pictures above whose colors Ciwt finds rich and warm rather than thinly pastel like the detractors.  And he painted the people - friends and family members - he genuinely loved enjoying the vibrant freedom and leisure that modernity - with its railroads, visits to the country, boating and bathhouses, had just opened to the lower classes. Renoir had begun as a porcelain painter, so he had and used great skill in the details of his works as well as judiciousness in the amount of purely decorative he allowed them.

But just after completing Luncheon of the Boating Party (1880-81), Renoir (who had been entirely too poor to travel up until this point) traveled to Italy where he was greatly impressed by the art of the classical old masters, particularly Raphael (1453-1520) 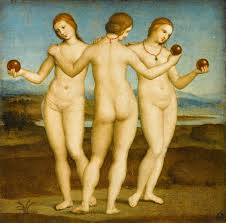 6.  Compared with them, Renoir felt his style had become too loose and he began to separate himself from the Impressionists and look to the past for inspiration, painting in a tight carefully outlined way:

At this middle point in his career, Ciwt begins to have some sympathy for the 'Renoir haters,' and by the end of his career, when he was painting fleshy, thinly brushed nude women one after another, her sympathy is quite complete.

On the other hand, there are coming to be many critics and artists who feel Renoir's late work is his most remarkable with its glorious outpouring of nude figures, beautiful young girls, and lush landscapes.  One of those artists was (Ciwt's love) Matisse who - Ciwt was amazed to read - declared Renoir's final work, The Bathers, "one of the most beautiful works ever painted."

Agree with him or not, Ciwt defers to Matisse's eye for art and is looking again at Renoir's late period.  She also respects the many learned and discriminating art scholars in the nearly 100 years since Renoir's death who have consistently proclaimed Renoir a rich and imaginative genius and the fact that many of these men and women are also revisiting Renoir's late period.  Another way to look at Renoir's place in art history is the way his great-great granddaughter, Genevieve, does: